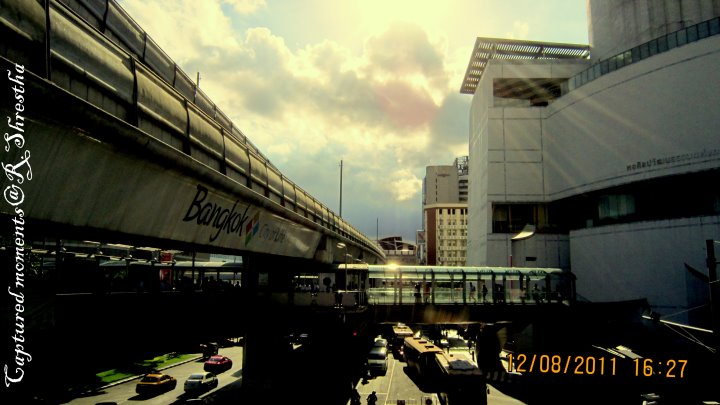 TO : To the city that replaced my fear with faith.

You always have been famous as the city of life,I thought it was because you were always so busy and crowed with people or maybe because you never slept and always had a party going on in some corner…but things are not always what they seem.

So that I can actually tell you what you mean to me. That way I can thankyou with the utmost level of sincerity and people will know that you are more than just your name.

I was scared as a lost puppy in a thunderstorm,

A place with a different God.

I did not know what to do,I even considered going back in the first few days because of my nose bleeds,it was intense.

.I had never been away from home,from safety ,from love ….

I was not used to crossing the road alone..to HUGE buildings and so much of crowds   I was someone who did not even go to dentists because I hated the smell of hospitals and clinics.I was  someone who would read Gayatri mantra everyday  in the morning so that the day would go well….had this habit of waking up at 5:00am when people actually went to bed.

I did not know how to be COOL because most of the times I was happy watching Shahrukh Khan movies ,my standards of entertainment were so low,I never actually got bored even if I was just inside the dorms and did not understand how people got bored so easily.

I felt so out of place,I could not carry off dresses like the girls did here,I was not used to heels so much,I did not drink at all and I was one of those who was against smoking. I was  fascinated with books and stationery and did not even know the IMPORTANCE of brands,my mother never taught me to understand the value of brands..she just told me to use expensive things after I start earning and that there was no need to buy things just because it was branded.The only EXPENSIVE taste I had was on perfume because they were a weakness (or strength I could not control).

I did not get the concept of ‘becoming light and fair” I am more tanned than I was in Kathmandu because of you.

(I am still fascinated with books and customised stationery btw)

The one person I thought would never give up on me gave up on me when I was inside you.

I thought I would never deserve the truth because he thought so.

I thought I ended that day,that I would walk around as a corpse .

That day I forgot I was in the city of life….but you my dear friend always have your own time and things to remind people who forget.

I lost almost everything the day he walked away my faith in God,my faith in myself,the trust in truth…the only thing I had with me was dignity and little did I know that it was all that one needs to stand back up again,

The months I spent not talking to anyone,I just read,wrote and clicked photographs..survived on microwaved 7/11 food and had literally no human interaction even if I was inside a university with forty thousand plus students.

I was so fearful of the future this time,I was regretting the choices I made,I was hating my reflection,I was everything I never wanted to be…there was so much fear in me that I felt helpless like maybe I did not have a choice…and I hated that phase…so I created my own choice…I chose faith over fear and trusted in my guts,I tagged mistakes as lessons so that I learnt from them instead of feeling guilty,I fought with my own demons by not running away from them and just facing them even if I was dead scared….they thought I was strong…so they ran away 🙂

After forgiving myself for the mistakes I never made I thought now I should maybe start making freinds.

I tried everything to interact with people ,I  even experimented with the COOL COMPANY to maybe be accepted,

My sleeping pattern changed entirely,went to bed at 4 am instead of waking up at 5am.

I would watch closely people who were cool..smoking up and drinking..PARTYING…most of them were trying to forget things…were trying to release stress…were trying to enjoy…but I did not get the concept of waking up the next morning to the same life while pretending you lived in a different life the night before.

I did not get the concept of using alcohol as an excuse to bring out the true you..I mean I was always myself(sometimes too rude ,sometimes uncomfortably honest but yeah I can’t pretend to be someone else just because I am sober or drunk )

Maybe because I was so different it took a long time to make friends for me but FINALLY after I found my friends..or lets say after they found me..Rose,Swati,Ananya,Ekta,Amarin,Milosh,P’Noi,Best,Sid,Bianka, Ruqaya,Princess,Dayma and the Bhutanese girls (who make amazing kewa dashi) and everyone that I worked with I realised why I had to wait so long before I actually met all these  beautiful souls..because they were worth the wait…because they are FAMILY not just friends.

I learnt the value of freindship because of you Bangkok,and people said this is a materialistic place where money and being skinny speaks but then I am always broke and I am flabby and yet my freinds love me so much 🙂 (On your face whoever told me to loose weight to FIT IN)

I learnt  to pray without mantras in Bangkok,I learnt that I could pray anytime anywhere,just close my eyes and say a sincere thanks to God,or ask for forgiveness.I did not know about this in Nepal,I thought you had to go to a Temple,had to bow to a picture or a stone that was the Idea of God,But now I love God so much that I do not need things to remind me how he looks like.

I am not judgemental anymore I do not care where one comes from,I beleive in equal chances THANKYOU Bangkok.

I learnt the value of family and of not being related..of celebrating being poor and hogging on mama noodles as if they were a 5-star dish.I learnt to love and hug and smile at strangers.

Most importantly I learnt the value of loving myself and accepting myself,I learnt that I would be by my side no matter what and I would do everything with so much honesty that I would actually I would never feel guilty for the things I have done.

I got more than I could give you Siam…..I hope someday you read this and realise that you changed the definition of everything I thought I knew..home..love..friends…family..everything! and you changed it in the best way possible (HUGSSSSSSS)

You make me want to believe in the future,to celebrate uncertainty to make friends with strangers

You really are the city of life for real

I know you won’t read this But you will feel this for sure…the gratitude..and love.

Thankyou for the achievements and so many first times.

for all the ups and downs for the lows and HIGHS for the love and not so much love..

with nothing but a sincere heartfelt Thankyou